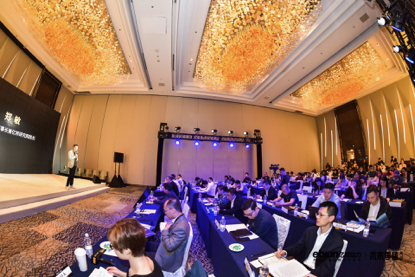 In response to the serious negative impact of the COVID-19 pandemic on offline trade fairs,overseas warehousing and terminal distribution,the Hangzhou comprehensive pilot area has seized the opportunities resulting from the growing popularity of online shopping,by continuously enhancing the capabilities of online suppliers and the overall development of the stay-at-home economy in order to support cross-border e-commerce.It launched a series of events entitled“Express Assistance for Enterprises”and offered timely preferential policies to help cross-border e-commerce resume operations.

In 2020,Hangzhou’s air routes for chartered planes for international freight increased from seven to 14.From January to August,the total imports and exports of Hangzhou-based cross-border e-commerce traders reached RMB69.46 billion,an increase of 19.61%year-on-year.Specifically,the sector’s imports totaled RMB21.353 billion,while its total exports were RMB48.107 billion,registering year-on-year increases of 22.3%and 18.46%respectively.Exports accounted for 22.08%of Hangzhou’s overall foreign trade exports.A total of 6,257 new online stores engaged in cross-border exports opened in the city this year,accounting for 72.66%of growth in this field throughout Zhejiang province.

Hangzhou comprehensive pilot area,which has the goal of striving to rank“first nationwide and among the best worldwide in cross-border e-commerce”,has enhanced efforts in innovation,optimization of services and improvement of the commercial ecosystem to encourage more of the city’s traditional trade and manufacturing enterprises to explore the international market,increase their brands’overseas presence and achieve rapid development from cross-border e-commerce.As the first country’s first comprehensive pilot area of its kind,Hangzhou has developed 97 new cross-border e-commerce brands so far this year relying on its“rainforest ecosystem”for innovation and entrepreneurship.The city now has more than 200 such brands.

Zheng Min,chairman of Ebrun.com and dean of Ebrun Research Institute,said that trade digitalization is the latest trend in cross-border e-commerce.

There are three distinct development directions.

The first is the digital supply chain.For example,Club Factory,a Hangzhou-headquartered e-commerce platform with many years of involvement in the Indian market,suffered huge losses in its online traffic and users in July due to the Indian government’s sudden ban on a number of Chinese apps.However,the company spent just two months entering the European market and now ranks first in terms of downloads in the United Kingdom.What Club Factory’s core competitiveness relies on is no longer traffic and users,but the data-based intelligence algorithm plus its Chinese supply chain.This enables it to recommend the products that its overseas customers want.

The second direction is brands with a strong capacity in smart customization and an ability to rapidly respond.SHEIN,a Chinese women’s fashion brand with an estimated market capitalization of US$15 billion,is an example of this rapid response.SHEIN is hailed as the“Zara”of the cross-border e-commerce sector.While Zara turns out 12,000 new designs every year,SHEIN promotes more than 100,000 annually.With more designs at lower prices,SHEIN proves that brands with the ability to respond rapidly can achieve success in overseas markets in a highly efficient manner. Continuous improvements in efficiency relying on digital technology is the key 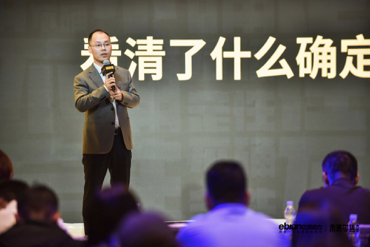 He Jian,CEO of LightInTheBox,an international online shopping company that has managed to secure stable profitability since 2020 after suffering continuous losses from 2013 to 2018,shared three points based on his nearly 10 years of experience in cross-border e-commerce:first,there are long-term gaps in demand in terms of the variety and price of commodities in the vast majority of countries;second,it has long been the case that it was not easy for an e-commerce giant to appear in most markets due to the diversity of e-commerce platforms;third,many brands and products are essentially part of the retail industry,but not the Internet industry.The core competitiveness of retail businesses lies in their efficiency,and digital technology has a key role in its improvement. 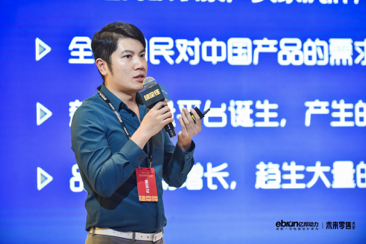 Lin Yongpeng,CEO of Ueeshop,a supplier of e-commerce systems and solutions said, “Sellers with a growing brand presence that have achieved the transition from survival to stable development can consider building their own platforms.”

Lin believes that:first,as a result of continuously tightened policies in terms of risk control in website traffic platforms and payment channels,low-quality sellers will be eliminated from the market,and this will provide opportunities for those with vertical marketing channels and advantageous products;second,global netizens’demand for Chinese products will drive the growth of standalone websites;third,new website traffic platforms will appear with more marketing opportunities;fourth,brands can drive the growth of e-commerce,and many brands will go global.

Early this year,Ebrun.com announced the establishment of its East China headquarters at HIPARK in Hangzhou’s Xiaoshan District.Following this,Liu Chen,co-founder of the company,had a dialogue with the executives of a number of Hangzhou-based vendors,logistics service suppliers,marketing service suppliers,MCN organizations and software developers.All of these executives agreed that Hangzhou had offered local enterprises great support and help in 2020,which was a year full of uncertainties.

Xie Heming,general manager of Quanzan,a Hangzhou-based supplier of home textiles,said: “The government of Hangzhou attaches great importance to cross-border e-business enterprises,and offered a great degree of help for enterprises to resume operations which had been suspended due to the COVID-19 outbreak.E-commerce can advance despite these uncertainties.Amazon can be an example,which,despite its difficulties and troubles,saw its sales this year triple compared to the same period last year.”

Yisainuo,a marketing service supplier,started its operations in Hangzhou in 2018 under an investment promotion program carried out by the Hangzhou comprehensive pilot area and Ebrun.com.Jia Yafei,the company’s general manager,said: “The government of Hangzhou has offered many support policies and fulfilled its promises in a timely manner.From March,the advertising expense of Chinese cross-border e-commerce traders’standalone websites surged.Driven by trade in anti-epidemic supplies,their advertising expense in one month even exceeded their advertising income for the entire fourth quarter of last year.From March to June,there were ups and downs,and growth was out of control.”

WOTOKOL,an international social media influencer service supplier,opened a live streaming center this year for cross-border e-commerce in Hangzhou.The center specializes in serving Amazon and standalone websites.The company’s founder Ouyang Tian said: “It is very important to improve the influence of your own brands.No matter what kinds of risks or problems you will face in the future,the strength of your brands decides your competitiveness and risk capacity.”

Jushuitan,which originated in Jiaxing and has its East China Marketing Headquarters in Hangzhou,is China’s biggest supplier of SaaS ERP systems for e-commerce.Among its partners are LightInTheBox and many standalone websites and logistics service suppliers.The company’s vice-president Liu Huanbin said: “The exponential growth in sales of ERP systems indicates that the number of cross-border e-commerce enterprises has been increasing sharply.”

How can we help*